Blithe Spirit opens this Friday May 20 and runs for two weekend through May 29.  Fridays & Saturdays at 7:30pm.  Sunday matinees at 2:00 pm.

The opening of Blithe Spirit has been postponed until May 20th due to Cerro Pelado fire precautions.  The revised schedule can be found here.

LALT is proud to announce a live stream pilot program for the Sunday, March 20 2pm matinée of The Viewing Room. We are offering this live stream at no cost but are happy to accept donations so that we can offer more streaming options in the future. If you participate in the live stream and would like to give feedback on what you liked and didn’t like, please email the director at

Los Alamos Little Theatre’s proposal call for 2022-23 productions has been extended to March 31, 2022.  Please download the Request for Proposals form for details. 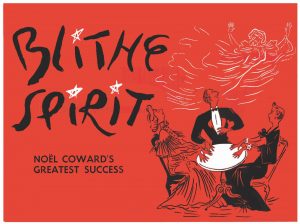 Los Alamos Little Theatre announces a play reading and open auditions for its May 2022 production of Noel Coward’s classic comedy Blithe Spirit. The play will be directed by Gwen Lewis and produced by Terry Beery.

The play reading will be held on Wednesday February 9th at 7:00 pm at the Performing Arts Center, located at 1670 Nectar St. in Los Alamos. The public is invited.

Auditions will be held Friday February 11th at 7:00 pm and Saturday February 12th at 2:00 pm at the Performing Arts Center. Actors who are interested, but unable to attend either audition session, can contact the director Gwen Lewis at glewis0@comcast.net to make alternate arrangements.

Masks are currently required in the Performing Arts Center. Actors who are cast will need to provide proof of Covid vaccination.

Synopsis: A skeptical novelist, Charles Condomine, invites a self-proclaimed medium, Madame Arcati, to his home for a séance; hoping to gather material for a new book. When the hapless psychic accidentally summons the spirit of Condomine’s late wife, Elvira, his home and life are quickly turned into a shambles as his wife’s ghost torments both him and his new bride.   Characters: 5 women, 2 men

Charles Condomine is a wealthy, successful novelist. In order to learn about the occult, the subject of his next book, he invites an eccentric medium to conduct a séance at his quiet country home in Kent.

Ruth Condomine is Charles’s second wife. She is charming, strong willed and obsessively curious about her husband’s relationship with his deceased first wife, Elvira.

Elvira is Charles Condomine’s deceased first wife. Flirtatious, conniving and catty, she uses every trick in the book to disrupt Charles’s current marriage and torment Ruth because she wants Charles all to herself.

Madame Arcati , the psychic, is the guest of honor at the Condomine’s country home. Eccentric, effusive and boisterous. (Physical comedy required.)

Edith is the Condomine’s new maid. She is nervous and tears around at break-neck speed trying to do things right and make a good impression.

Dr. George Bradman is a good friend of the Condomines. He is entirely skeptical of anything to do with the occult, but tries his utmost to go along with the proceedings for the sake of Charles’s research.

Violet Bradman is Dr. Bradman’s wife. Simple and naive, she is quite excited about being in the presence of the medium, whom she finds fascinating.

Los Alamos Little Theatre is considering plays for the 2022-2023 season.  Please download the Request for Proposals and respond electronically by March 1, 2022. 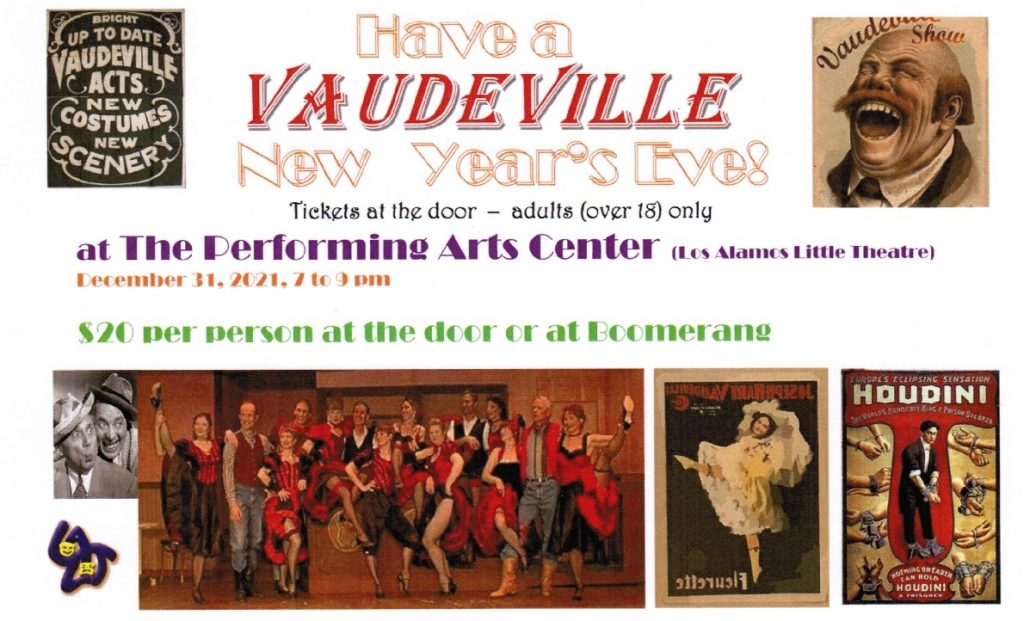 A playreading for LALT’s March 2022 production, The Viewing Room: A Full Length Comedy!, will be held on Thursday December 9th at 6pm in the Green Room.

Auditions are scheduled for Saturday December 11th at 2pm, and by appointment, and will consist of readings from the script. Actors may also prepare a 1-2 minute monologue (does not have to be memorized) that shows emotional range and/or comedic timing.

This heartfelt comedy centers on the recently deceased Chester Dumbrosky, who “awakens” in the viewing room of a funeral home as his dysfunctional family prepares to say goodbye. The cast of 8 includes Chester, his wife Florence, their five children (Matthew, Steven, Patti, Debby, and Chet Jr.), and the funeral home director Jay. Adults of all ages are invited to audition. Exceptional high school students may be considered for assistant director and/or stage crew positions.

Per the director’s rules, ALL CAST AND CREW MUST BE FULLY VACCINATED before rehearsals begin (boosters strongly encouraged and may be required before showtime). Per current state regulations, masks must be worn inside the PAC at all times. 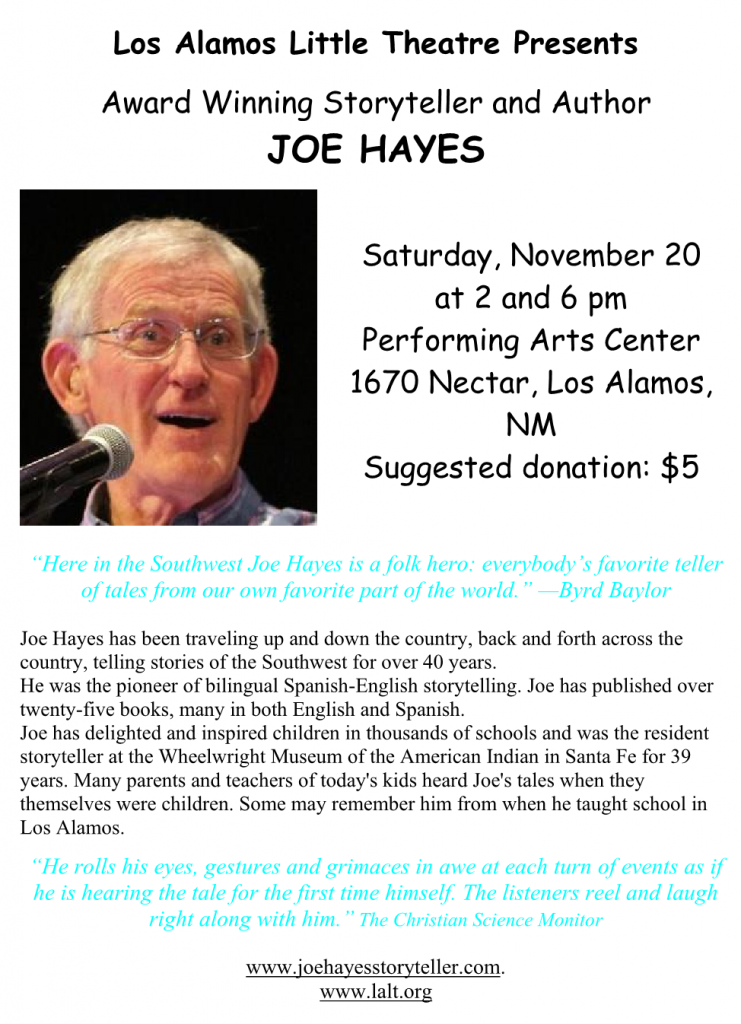 Los Alamos Little Theatre will be participating in the 2021 Evening of Arts and Culture. The event is sponsored by the Los Alamos Arts Council and is scheduled for Friday, October 22, from 6:00pm to 9:00pm, within the Creative District of Los Alamos.  This year’s theme is “Talent in Our Town.”

More information and the schedule of events can be found on the LAAC website at:
https://losalamosartscouncil.org/eveningartsculture/