During the time when a group of civilian scientists and their families lived side by side with military personnel in the “Secret City,” a dramatic club was formed to alleviate boredom and provide entertainment for residents during the Manhattan Project. As related by late charter member John Mench in a 2003 interview “… you could only watch so many movies without getting movie happy. So we would send away for plays to dramatists and play services and get scripts, and we would read them and act out scenes. And this was usually attended by a lot of the scientists and many of the GIs and myself because I had already had considerable experience in theater and was very interested in it. And this was the beginning of the first organization in Los Alamos, the Los Alamos Little Theatre. At the end of 1943, we did a play called “Right About Face,” which was the first play ever done in the city of Los Alamos. This sort of activity knit together the civilian population and the military to a great extent, and this resulted in a more harmonious community between the two of us—it brought us together.“

The dramatic club formally organized in the fall of 1943 and called themselves the Little Theatre Group, according to the minutes of the meeting held November 8, 1943. A quote from the minutes reads, “In view of the fact that all agreed “Dramatic Club” was not a sufficiently adult name for our distinguished group, a most heated discussion took place before the name “Little Theatre Group” was agreed to be the most appropriate title for us.”  A board of directors was elected and it was decided that a fee of 25 cents per month would be charged to all members “until that time when our talents are appreciated and the profits begin rolling in.”

Colonel Mildred Tice was appointed as director of the first production, Right About Face. Auditions were held and the play was cast. Plans were made to present the play at Fuller Lodge with refreshments served and a dance afterward. After much back and forth, the play was finally presented on January 8, 1944, but not in Fuller Lodge, as Right About Face was bumped in favor of another event. Civilians were charged 35 cents and 20 cents was the price for soldiers and WACs. This nominal fee included the dance, as well. For future productions the admission fee would be 50 cents and if you only wanted to attend the dance, the cost would be 15 cents. The existence of live theatre performances in this somewhat claustrophobic community helped to bring people together and bridge the gap between the civilian and military populations.

The Little Theatre presented its first seven productions during the war, including Arsenic and Old Lace which featured Director Robert Oppenheimer in a non-speaking role. After the war, from 1946 to 1973, the Little Theatre was a nomadic troupe, performing regularly in area venues, including the Civic (now Duane Smith) Auditorium, Fuller Lodge, the Don Juan Playhouse, and various gyms and churches. During this 26 year period over 125 local productions were presented.

In 1971 Los Alamos County planned to tear down the old East Cafeteria. The building had been constructed during the Manhattan Project and then converted to a recreation hall after the war. The Little Theatre recognized the possibility of converting the building into a small theater and proposed that it be allowed to recycle the building for that purpose. After much discussion the County Council decided not only to allow the Little Theatre the use of the building, but to also provide the $6,000 that had been allocated for demolition as a credit for building materials. 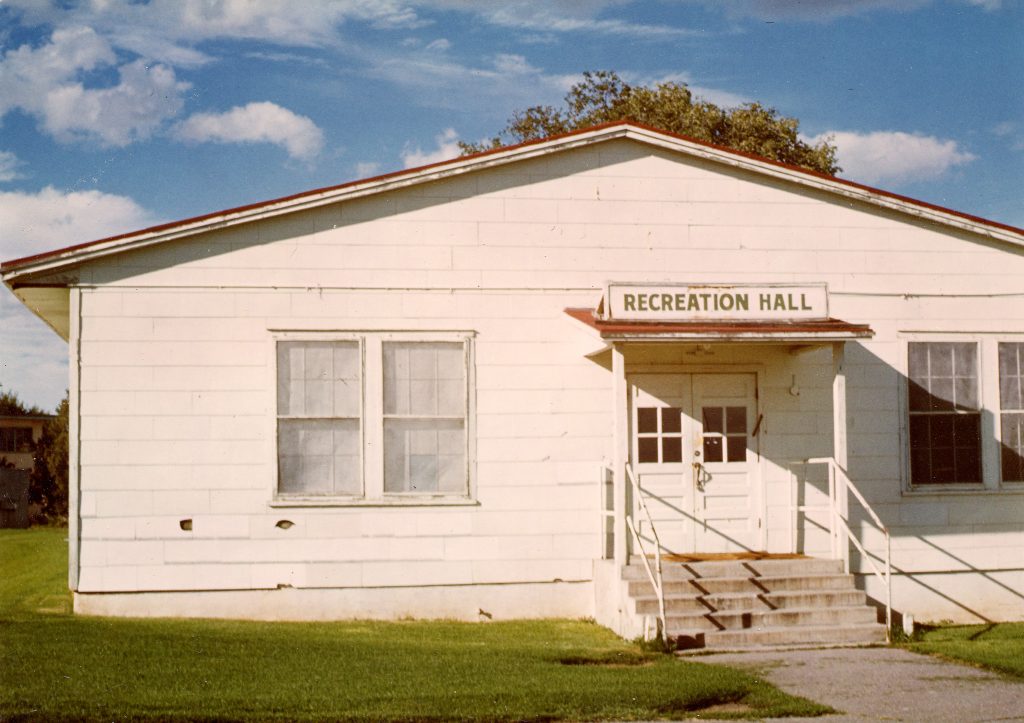 An agreement was put in place and after an extensive renovation effort, the Performing Arts Center opened in January 1973 with a production of the melodrama Ten Nights in a Barroom.  Since then the Little Theatre, has presented over 230 productions in this venue, ranging from the seriously dramatic to uproarious comedy. A complete list of productions over the past 75 years can be found on this website.

Los Alamos Little Theatre, as we are incorporated, continues to operate and manage the Performing Arts Center on behalf of Los Alamos County on a completely volunteer basis, garnering thousands of volunteer hours per year.