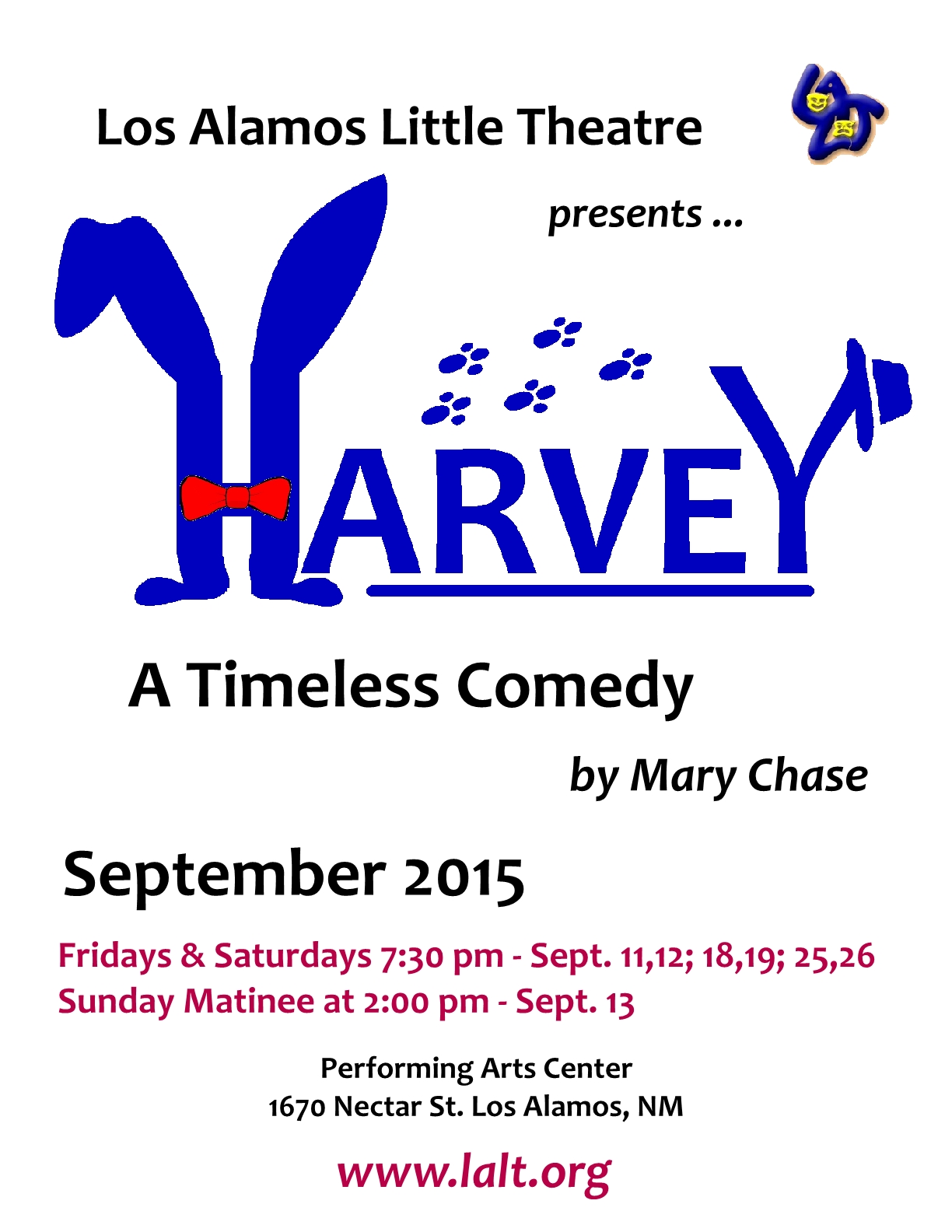 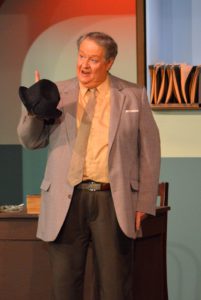 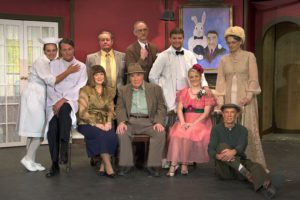 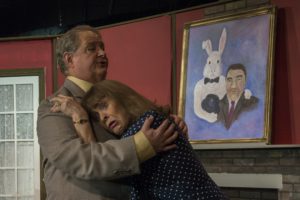 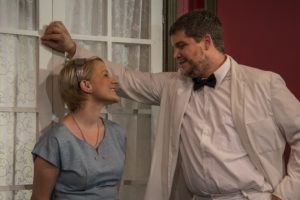 Before the movie there was the play …

Harvey, by Mary Chase, premiered on Broadway in 1944 and ran for 1775 performances, closing in 1949. Chase received the Pulitzer Prize for Drama in 1945. The beloved film adaption was released in 1950, starring James Stewart and Josephine Hull reprising their Broadway roles.

THE STORY: Elwood P. Dowd insists on including his friend Harvey in all of his sister Veta’s social gatherings. Trouble is, Harvey is an imaginary six-and-a-half-foot-tall rabbit. To avoid future embarrassment for her family—and especially for her daughter, Myrtle Mae—Veta decides to have Elwood committed to a sanitarium. At the sanitarium, a frantic Veta explains to the staff that her years of living with Elwood’s hallucination have caused her to see Harvey also, and so the doctors mistakenly commit her instead of her mild-mannered brother. The truth comes out, however; Veta is freed, and the search is on for Elwood, who eventually arrives at the sanitarium of his own volition, looking for Harvey. But it seems that Elwood and his invisible companion have had a strange influence on more than one of the doctors. Only at the end does Veta realize that maybe Harvey isn’t so bad after all. 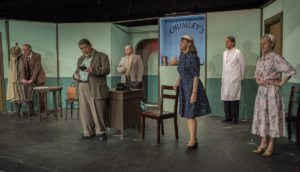 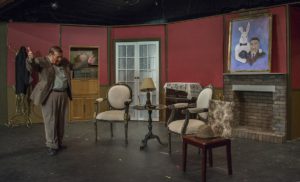