Los Alamos Little Theatre has announced it has received a generous donation from the estate of John Longer.  Longer was a longtime LALT member who passed away in 2006. 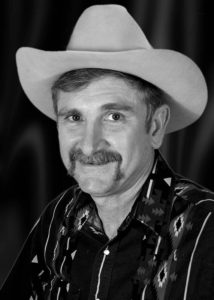 “John produced and appeared in many of our melodramas over the years,” LALT Board member Paul Lewis said. “He was also instrumental in a number of building improvements, including our bathroom renovations and light booth construction.”

Longer also helped build the sets for numerous shows, assisted with house management and ushering, and even served as a bouncer during LALT’s wild-and-wooly past. He served on LALT’s Board of Directors numerous times.

Board member Gracie Cainelli recalled that Longer once transported the set for LALT’s entry in a regional competition to Oklahoma City on his trailer. “He drove for 12 hours in the pouring rain. When he got there he had to rebuild the set overnight because the rain had ruined it,” Cainelli said.

“LALT thrives because of the involvement and generosity of our members,” LALT Board President John Cullinan said. “We are grateful to John Longer and his family for their support.”